Skip to content
Here’s what’s Out that’s worth seeking out in Boulder County!

Are you a foodie?  Do you enjoy beer and cocktails?  Is your idea of a good time: Dinner and a Movie?
The Flatiron Food Film Festival invites you to pull up a chair to their tasty banquet!
FFFF
Kicking off with a craft beer tasting on Thu, Oct 16th, the second year of this unique film festival produced by CU’s IFS combines food, films and fun!  From cocktails crafted with Roundhouse Spirits to Farm Tours, from cooking demonstartions to panels and discussions, FFFF has a tasty tidbit for everyone!
A panel discussion on work/life balance in the restaurant industry, followed by lunch, will take place on Saturday, October 18th, 11am at Jax Fish House in Boulder. Trattoria, a tale of a San Francisco chef who must reconnect with his son through the art of cooking screens @ 7pm @ Muenzinger Auditoriom on the CU campus.This fun film is followed by a timely documentary about food banks and crop diversity called Seeds of Time at 9:15.
Sunday features a Farm Tour, a molecular gastronomy demonstration and for those culinary and artistically-cultured, El Somni (THE DREAM) is a documentary that immerses viewers in the creation and staging of a twelve-course multi-media culinary opera in a Barcelona concert hall. 7:30pm. 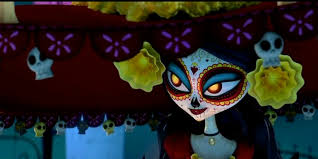 For those of you excited about Dia De Los Muertos coming up and perhaps in preparation for the exciting Catrina Ball at the Firehouse Art Center in Longmont on Oct 24th, there’s The Book of Life.  This wonderously-strange animated film tells the tale of young love thwarted by the Gods.  It looks amazing, has a great vocal cast and was produced by Guillermo Del Toro and for the brave of heart–I’d recommend seeing it in 3D.  Boxtrolls is also still out and fun for the whole family. Cinebarre and Century Boulder.
For those of you that haven’t managed to see the 3-hour masterpiece of film that is Boyhood, catch Richard Linklater’s film at the Boedecker this weekend.
Also playing: my favorite independent film of the year: Skeleton Twins starring Kristen Wiig and Bill Hader.  A tale of dysfunctional siblings that find that family bonds can survive some seriously-twisted relationships.  There’s even a Halloween theme! See it @ Cinebarre Boulder. My write-up is here: Stefan, where are the dwarves?
Catch ya at the movies!