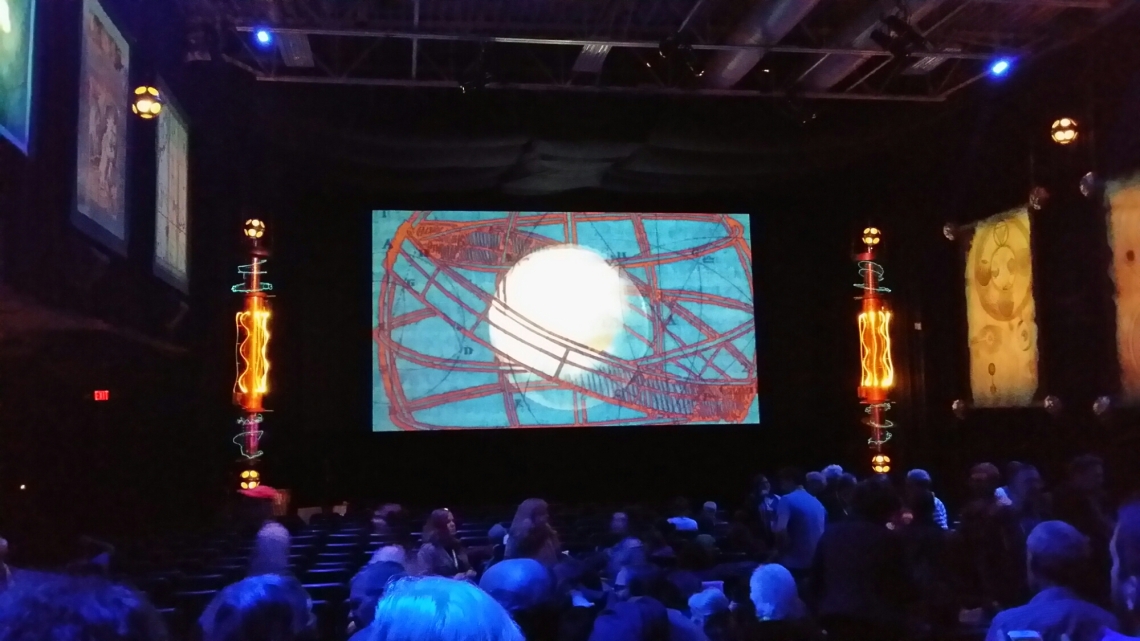 Coming to Telluride for the film festival is no easy feat.. Unless you live in town, it’s a long haul from anywhere…and can involve an expensive flight. Lodging is not easy to come by, nor is it inexpensive. And film passes are very pricey!
So why make the journey?

This is only my second year but this festival instantly jumped to the top of my favorite festival list.
Yes, the setting is incredible. But it’s so much more.
From the secrecy surrounding what films will screen,  the transformation of an entire town into a film mecca, the disdain for paparazzi and celebration of an egalitarian approach to getting into a screening– it’s an experience like no other.
You stand in line with folks of all walks of life: wealthy patrons, locals, film students and film snobs. All grasping that golden number that is your place in the admittance rank.

Yes, many of these people work in the industry but just as many are serious film aftionados willing to sacrifice their Labor Day weekend every year surrendering to the lure of true cinema.
Not the glam of star-studded premieres and fancy parties, but the chance to see the new indie gem or masterwork by a revered foreign filmmaker. All of us gathered to worship in the communal experience of flickering lights and expectant hush.

I traveled here with a producer and documentary filmmaker, an editor and an actress. Meeting at the closest inexpensive flight option–DIA. All of us working the festival as part of the crew of 800 that descend on this picturesque mountain village.
Working the festival earns you the prize of a laminated badge that allows to grab that golden ticket and take your place in line. But it’s also the chance to be part of this great community of film festival gypsies, some of whom work the circuit of festivals, many who have arrived weeks before to set-up the venues, box offices, festival tents, hanging lights and prepping projection boothes.
There’s a comraderie akin to working on a theater production. You feel as if you’re part of something bigger than yourself;  something important and possibly…transformative.
I’m sure everyone has their own distinct reason for making this journey–
for me,  it’s the chance to reconnect with my fellow festival gypsies and the opportunity to discover the freshest film offerings from filmmakers both known and new.
Are you excited? I am!

Join 116 other followers
Follow Drinks with films on WordPress.com