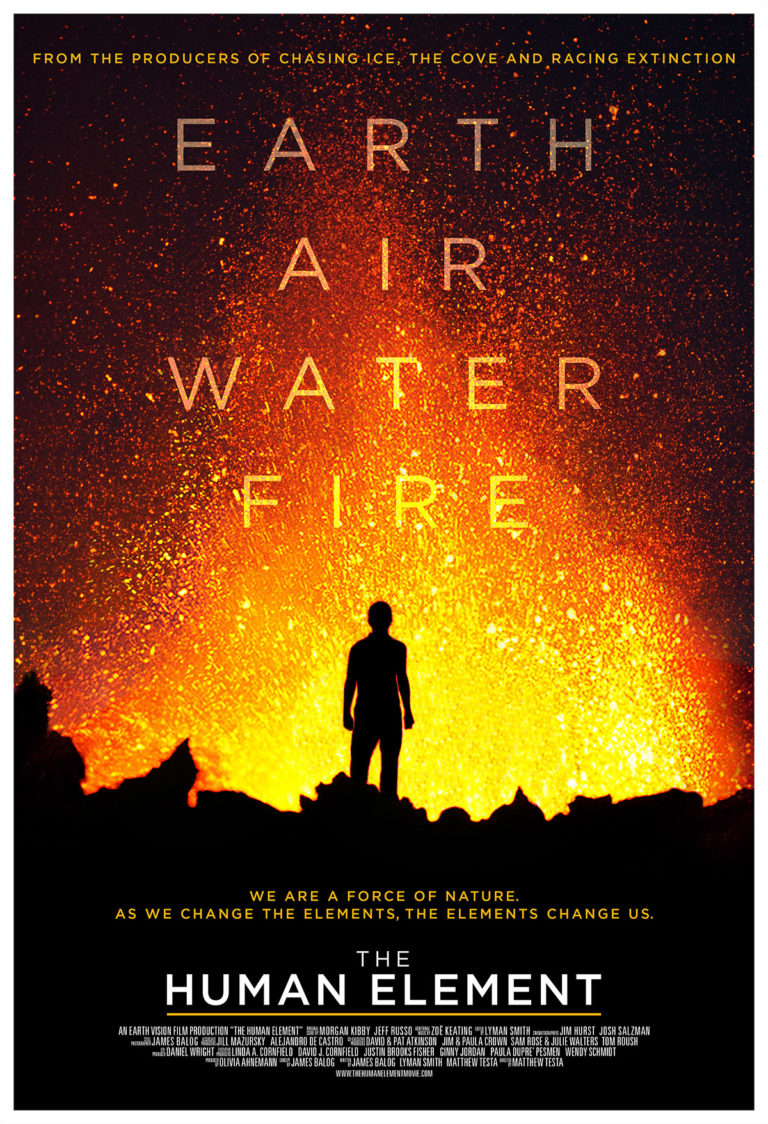 So you care about the environment? You might feel like I do, that Climate Change is the biggest issue we face right now. Or maybe you’re fighting for marijuana legalization, reproductive rights, or getting out the youth vote in 2018. If you’re feeling powerless or want to make a difference and don’t know where to turn…HOST A SCREENING!

This weekend I got to see The Human Element, the latest climate change film from photographer/writer and film subject, James Balog. Director Matthew Testa does a great job of mastering the balance of depressing statistics, awe-inspiring footage with the humanizing tale of one man’s journey to understand and communicate what’s facing our planet. There were many scenes set in Boulder and Denver and it really brought the issue home for me.

If, like me, you didn’t get to travel to the San Francisco Green Film Festival where The Human Element screened, there were other community screenings as the filmmakers partnered with the Earth Vision Institute. Colorado State University in Fort Collins screened this inspiring documentary in a conference room, and combined it with a great discussion on how to act locally. What can you do as a citizen activist about this overwhelming issue? I’ve included a photo of some of our ideas for actions on the Front Range. You can also host a screening of this film in your own community!

There are screenings of social activism films at many film festivals: ACT Human Rights Film Festival, traveling screenings from Mountainfilm or Human Rights Film Tour + every film festival seems to have at least a side bar of activist-driven films. Films are a great way to engage audiences and get them to think globally and act locally this election season. With issues such as a new bill being introduced by Colorodo Oil and Gas facing Colorado voters, why not host a movie night as a Get Out The Vote event. As the League of Women Voters would say: Educate, Advocate & Impact!

The documentary that I had the pleasure to work on, Mary Janes: The Women of Weed, traveled the film festival circuit. Audiences embraced the film’s message about overturning stoner stereotypes and celebrating the women who’ve made inroads into the cannabis industry.  Now, rather than chasing a distribution deal, Director Windy Borman has chosen to partner with TUGG.com so that communities can host their own screenings.

You can even invite any of the 15 Colorado women of cannabis in the film to speak to your audience afterwards.

So next time you care about an issue, you might find that there’s a film that supports your mission. Find a theater or a community room and gather your friends with some local experts. Start your own local revolution! Rise Up!