I’ve been working film festivals for 20+ years and this year, I finally made it to the Telluride Film Festival.  Why, oh why, did I not make it sooner?!! 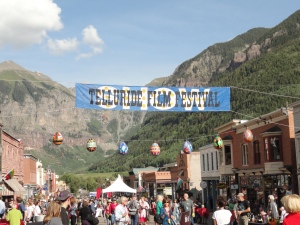 The scenery is phenomenal.  The program is extraordinary.  The comradery between staff and volunteers is so congenial as to be contagious to attendees…and did I mention the glorious sunsets and the STARS?  Both the literal ones that sprinkle in the deep black of night, and the world-famous (members of the Film Legend Club) walking casually down the streets of Telluride.  There is something about the brevity of the festival (only four days this year!) and the numerous screening venues that all movie-goers must trek to (gondolas, bicycles, a leisure stroll down the main street) to view the amazing films that adds an intensity to the experience.  I had read that there was a controversial announcement that Toronto International Film Festival wouldn’t screen ANY film that had it’s festival premiere elsewhere (ie @ Telluride, which opens the week before TIFF!) but one of the festival favorites was at both: The Imitation Game. 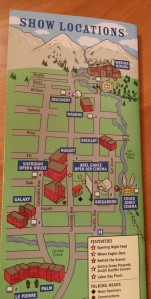 There is no way any film lover can see ALL the films at Telluride but the festival staff does try hard to make the most popular films accessible by having repeated screenings.  I’m sure I wasn’t alone in wishing that there was one more day…maybe two…to make it to a few more screenings!  But isn’t it better to be left wanting more?

Films I missed that I really wanted to see: Dancing Arabs, Red Army, ’71 and Wild Tales

Films I could have missed: The Homesman (Why, Hilary Swank, why?), Foxcatcher (why, Steve Carell, Why?)

And my favorites: the thrilling Imitation Game, the surprisingly-good Birdman and the gripping Look of Silence! 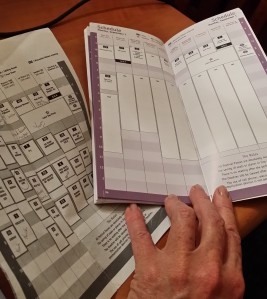